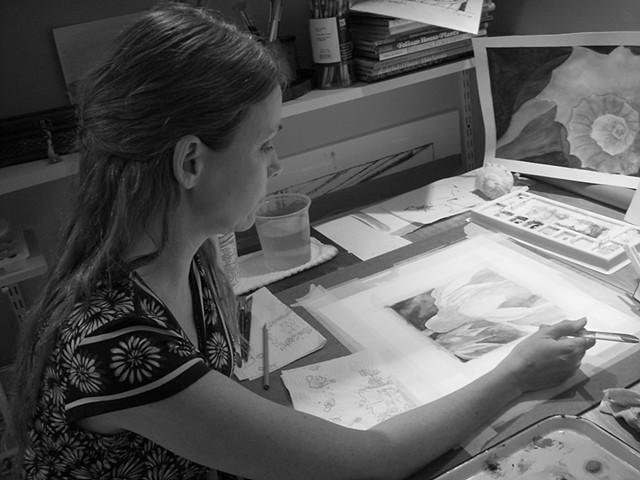 M. Christine Landis was born in Dallas, Texas and currently resides in South Florida. She is a self-taught artist and muralist. Christine works in many different media, predominantly paint in all its incarnations, and she admits a particular love of watercolors. Her watercolors have won awards and have been exhibited on both local and national levels. She has published many videos on her YouTube channel teaching how to draw and paint a variety of subjects.

Several Impressionist era artists have influenced her perspective and she also enjoys the work of many contemporary artists whom she follows online. Her own technique has been developed with high attention to detail, and typically incorporates lots of layering.

In her work Christine strives to present the beauty she sees in the world around her, and the communion each of us have with our domain and its other inhabitants. Her goal is to capture a sense of peace, contentment and rightness in her paintings, and she hopes that is what people take from her art.

Christine is a member of the National League of American Pen Women - Ft. Lauderdale Chapter, the Gold Coast Watercolor Society, and the Delray Art League.